Wallonia is one of the regions of the world which has the widest variety of beers, such as pils, white beer, Abbey beer, Trappist beer, etc.

There are only seven Trappist beers in the world, six of which are produced in Belgium, including three in Wallonia: Orval, Chimay and Rochefort.

The secrets of these famous beers are to be found in the heart of the abbeys, which are well worth a detour and, in some cases, you can visit. There’s always an inn or a bistro nearby where you’ll be served the local beer as it’s meant to be served.

The incredibly fast development of artisan brewers since the 1990s has given rise to a multitude of new beers and flavours.
Come and taste raspberry beer, seasonal beer, white beer or organic beer, to name just a few.

Abbey beers, with their evocative names, owe their designations to existing or defunct abbeys. They still bear the names of those abbeys, such as Leffe, Maredsous, Val-Dieu and Floreffe, although they are not necessarily brewed there. These names might inspire you to take a trip to their place of origin, or you might just want to sit back and relax while you drink them.

Discover the abbeys that have inspired our beers.

The Maredsous Abbey, in the Molignée valley, is one of the most beautiful ones in Belgium. Make the most of your visit to admire the architecture of the monastery and taste the famous cheese and beer made on site.
Read more 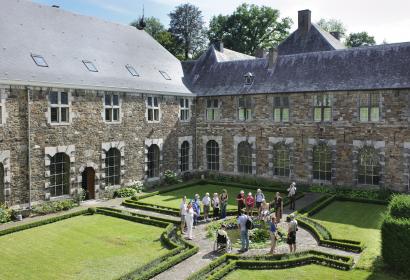 The Brasserie du Val Dieu and its abbey (Aubel)

The Cistercian abbey of Val Dieu is a major site for pilgrimage and traditional Belgian beers in Belgium.
Read more

Situated on a promontory overlooking the Sambre Valley, the Floreffe Abbey enjoys the status of being listed as one of Wallonia’s Special Heritage Sites. The building, founded by Saint Norbert in 1121, contains many artistic, architectural and historic treasures.
Read more 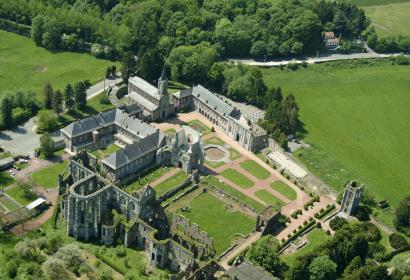 The ruins of the Cistercian Aulne Abbey are nestled on the right bank of the Sambre, in a place beautifully called "Vallée de la Paix" or Valley of peace. The atmosphere is indeed very soothing and calls for a pleasant walk.
Read more 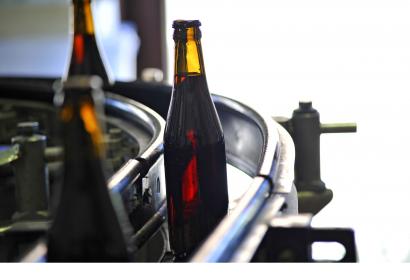 Fancy trying a different kind of beer? The Abbaye des Rocs brewery, between Dour and Quièvrain in the Hainaut, awaits!
Read more

© WBT - Denis Erroyaux
Belgium is a land steeped in brewing tradition with a reputation that goes far beyond its borders. Historically ingrained in the culture for several centuries, brewing tradition has become integral to our way of life in our regions.
Read me
Download