The German surge through the Ardennes and eastern Belgium in May 1940 was truly astonishing. One of the quickest incursions was made by the 7th Panzer Division, led by (future Field Marshall) Erwin Rommel in his first divisional command.

The so-called ‘Ghost Division’ of Panzer tanks crossed the Belgian border at St Vith and sped through the Ardennes forests, with their initial objective to cross the River Meuse, 100kms to the west. They brushed aside the first serious opposition at Chabrehez, and reached the banks of the Meuse on 12 May, between Dinant and Houx.

The French generals underestimated the speed at which the Panzers could cover the ground, and failed to commit sufficient resources along the Meuse to the South of Namur.

The Germans had more than 500 tanks, aerially supported by a large number of bombers and fighters – the first combination of tanks and aircraft on such a scale. The French units were relentlessly bombed, and they suffered a humiliating and costly defeat. The German advance was unstoppable.

After outflanking the Allies towards Dunkerque, Rommel finally reached Cherbourg on the Channel coast in late June. Historians regard its advance as one of the greatest military assaults ever seen, capturing 46,000 enemy troops (including 8000 British soldiers) despite facing an enemy with superior numbers and equipment, fighting on its home turf.

The museum commemorating the two Battles of the Meuse, on 13 and 15 May 1940, is in the village of Haut-le-Wastia, on a wooded bluff high above the Meuse and Molignée rivers. 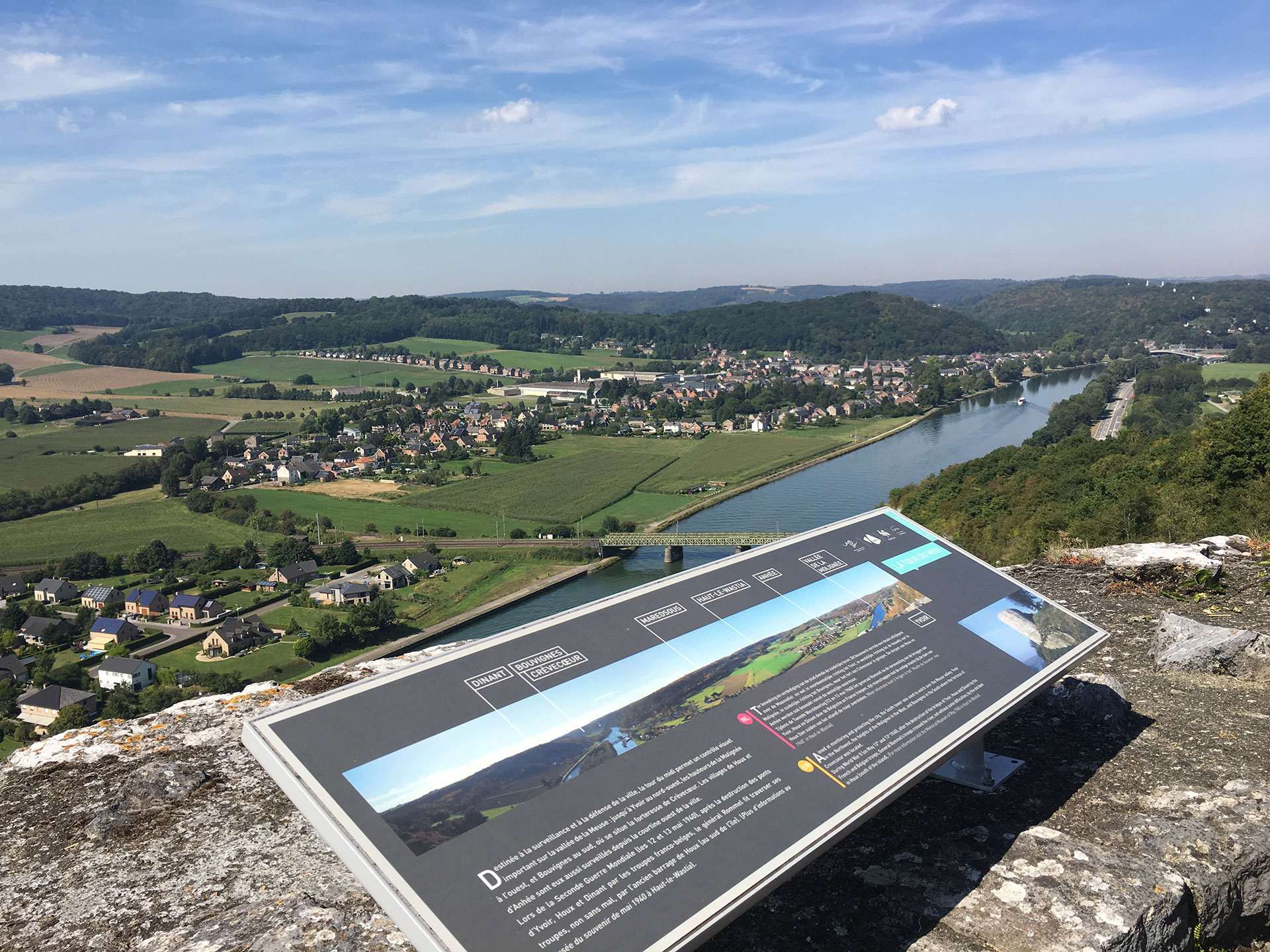