World War Two began officially in 1939 when Germany invaded Poland. But it wasn’t until May 1940 when Hitler ordered a ‘blitzkrieg’ or concentrated air and land attack on Belgium, Luxembourg and the Netherlands that allied action really begin to gain pace. The battlefront in WW2 was to become faster moving than in World War One both on ground and in air. The similarity was that both conflicts began with an attack on Belgium.

Soldiers and civilians found themselves under constant attack from the air. In six tumultuous weeks, Hitler had achieved all but one of his objectives – the occupation of North West Europe. But now there was still the unfinished business of Britain to contend with.

This is the story of the extraordinary events that changed the course of world history in May and June 1940.

The main challenge facing Hitler’s attack was Belgium’s newly upgraded ring of defensive forts. 12 in total situated around the city of Liege and also in Namur. Most were assumed to be impenetrable. In particular Eben-Emael with 1,200 soldier capacity. However, Hitler’s (some say genius military planning) had other ideas, which literally blew that assumption out of the equation. The powerful weaponry, reinforced steel turrets and longer-range guns amongst other improvements were to end in vain.

The Battle of The Meuse: Attacked by the German ‘Ghost Division’

Led by (future Field Marshal) Erwin Rommel, historians still regard the German (7th Panzer Division) advance in May 1940 as one of the quickest and greatest military assaults ever made. Using 500 tanks and aircraft on a scale like never before, 46,000 troops were captured (including 8,000 British soldiers) in a matter of weeks despite superior numbers and equipment on the allied side. It was a humiliating and costly defeat on home turf and at this point in late June 1940 when they’d already reached Cherbourg, the Germans seemed unstoppable. The museum commemorating the two battles of the Meuse, on 13 and 15 May 1940, is in the village of Haut-le-Wastia, on a wooded bluff high above the Meuse and Molignée rivers.

On the 28 May 1940 the villagers of Bruly-de Pesche and other surrounding hamlets were ordered to leave their homes. 27,000 people suddenly had to find emergency accommodation outside an ‘exclusion zone’. The reason? Hitler’s Hideout. The arrival of Hitler to build a top secret bunker was designed to offer peace and complete secrecy in which to be able to direct operations on the ongoing invasion of France, as well as draft documents laying out Germany’s peace terms. Hitler’s HQ in Wallonia is symbolic of Germany’s overwhelming superiority in the first year of hostilities. However as he was plotting the subjugation of France a third of a million allied troops were landing at Dunkirk. The Germans would never be so powerful again.

This Museum covers the impressive history of the courageous Chasseurs Ardennais. Formed in 1933 they numbered 35,000 troops and established themselves as Belgium’s elite fighting force. Even the enemy admired them for their bravery against the odds. In the first days of the May 1940 hostilities, their bicycle battalion cycled 500 miles fighting one attack after another. Their collection of memorabilia can be seen at . Other important museums in a similar vein include: Musée du Corps de Cavalerie Française, Musée de la 1ere Armée Française, Musée du Souvenir 40-45. 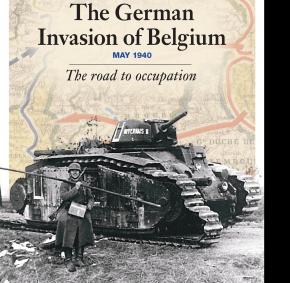