Most of the British troops who died in the battle for the Ardennes are buried at the Hotton Cemetery, 5kms north-east of Marche-en-Famenne on the N86.

Hotton was the western limit of the German offensive, having opened up a 70-mile salient deep into Allied territory by Christmas 1944. Of the 666 burials here, 340 are soldiers (21 of whom have never been identified) and 325 are airmen who died in the Allies’ desperate attempt to retain mastery of the skies during the German advance.

The cemetery reflects the fact that the Germans were fighting not only the British and Americans, but young men from across the Commonwealth. Linger awhile, and you’ll find the graves of 88 Canadians, 41 Australians and ten New Zealanders, as well as a British war correspondent and a Polish airman.

In common with all cemeteries tended by the Commonwealth War Graves Commission, the site is meticulously maintained, with colourful flower arrangements between the graves and an abundance of bees and butterflies in the summer months. In May and November, the inhabitants of Hotton make a formal pilgrimage to the cemetery to honour the troops who secured their liberty at a terrible price.

And if you look carefully, you’ll find a 667th burial plot, slightly removed from the others. Here lies Jimmy Short, who was the principal Hotton gardener for many years, and asked to be buried alongside the warriors whose graves he had tended. Jimmy died in 1978. RIP to all of them. 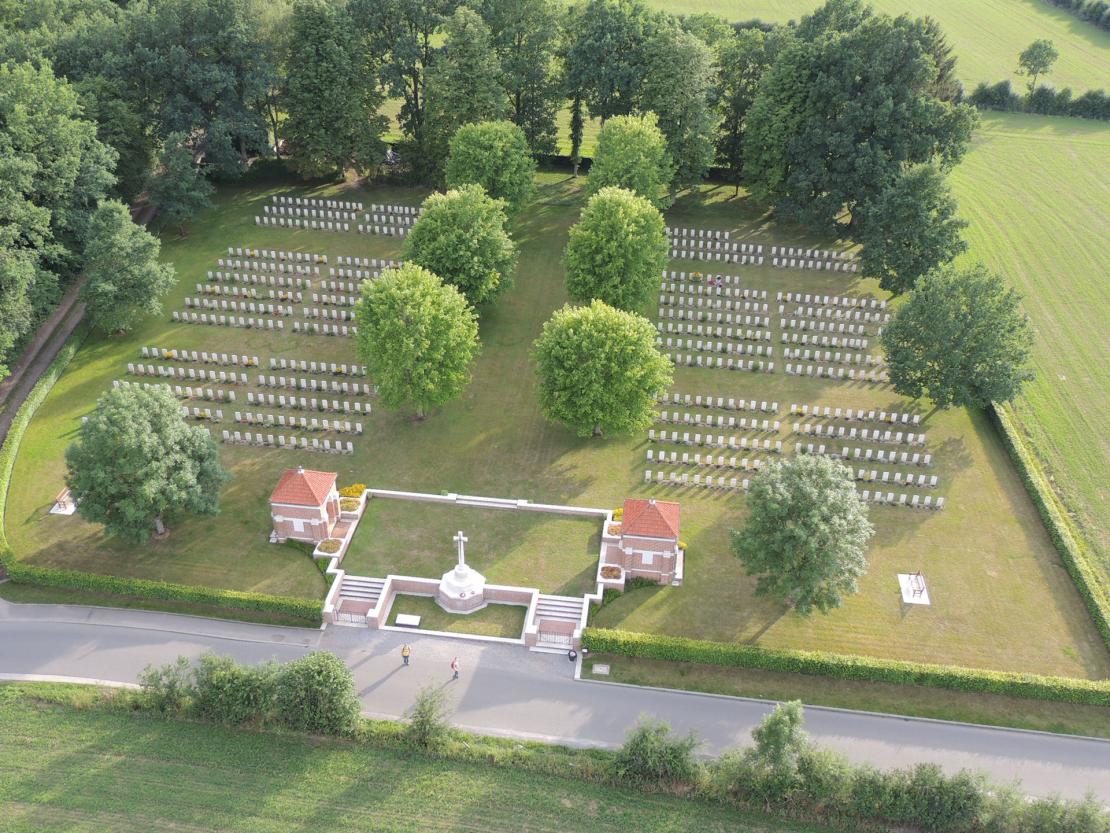