The first American troops entered Belgium at the village of Cendron on the evening of 1 September 1944, in the form of reconnaissance personnel in a Jeep, who gave the all-clear for a full-scale attack the following morning. 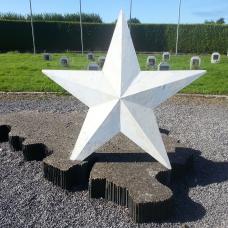 At 08:00, the 60th Infantry Regiment, part of the ‘Notorious Ninth’ Division, took position on a ridge at Monceau-Imbrechies and confronted the Germans’ Second Panzer Division in the village of Macon about a mile to the south.

Leading the Infantry platoon was 2nd Lieutenant Claude B. Cook from Alabama, who had led a charmed life with the 60th Infantry in their victorious campaigns in North Africa, Sicily and Normandy. Lieutenant Cook was cooking breakfast in a barn, when he took a moment to look out of a window to assess the situation and was killed, either by a sniper or an exploding shell nearby.

The details of his fate may be uncertain, but there’s no question that he was the first American soldier to die on Belgian soil.

By the middle of the afternoon, all the Americans’ objectives in western Belgium had been secured. 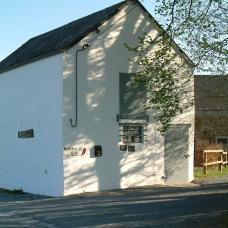 Like many young Belgians, 12-year-old Paul Delahaye was thrilled by the arrival of the American liberation force. After the war he began to collect artefacts and memorabilia connected with the battle. Paul’s occupation as a vet made him well known in the farming community, and he persuaded a farmer to sell him the barn where Lieutenant Cook died.

There, he created a small museum dedicated to his American hero.  Paul died in 2013, but his children are among those who maintain this small but poignant dedication to their liberators.

Eleven other American GIs died when the Germans unleashed an artillery barrage towards the ridge. The victims are commemorated by 12 stone markers around the village’s war memorial, flanked by a restored Belgian tank and an anti-aircraft gun from the period. The centrepiece is a stone in the shape of Belgium supporting an American star, symbolising the long-lasting friendship between the two nations. 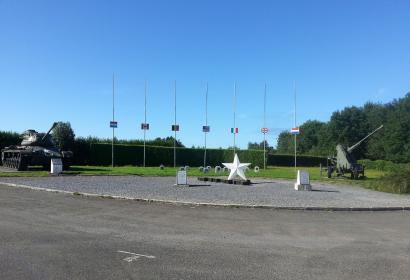 Like many young Belgians, 12-year-old Paul Delahaye was thrilled by the arrival of the American liberators. After the war, je collected memorabilia connected with the battle, bought the barn where Lieutenant Cook died and created a museum dedicated to this American hero.
Read more 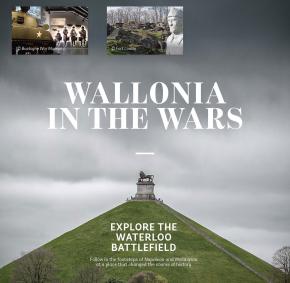