There is much to see and do in and around the battlefield, which can take longer to explore than the nine hours of the battle itself. The tourist sites and facilities were extensively upgraded for the bicentennial commemorations in 2015.

The centrepiece is the conical Lion Mound, 141ft high, which presides over the gently undulating plain and is dedicated to the 40,000 men on both sides who lost their lives in one of the fiercest engagements in the history of warfare. The Mound, completed in 1826, was originally dedicated the Duke of Orange, who was injured in the battle. The cast-iron lion that sits atop the 226 steps weighs 28 tonnes.

Of the many recent improvements to the battle site, pride of place goes to the The Memorial 1815, placed underground in the shadow of the mound. There are ten galleries and an 80ft curved screen placing visitors at the heart of the action, with the floor moving as artillery roars. The commentary is in French, with English sub-titles.

Less high-tech, but equally impressive, is the circular Panorama building, featuring a giant canvas 110 metres long and 12 metres high that completely encircles the inside of the walls. Created by a French artist in 1912, this masterpiece of military pictorial art – extensively restored in time for the bicentenary - depicts the state of the battle as it would have looked around 5pm, using life-size models of wounded soldiers in the foreground to create a 3-D effect, enhanced by a quadraphonic soundtrack that recreates the hellish sound and fury of the fighting, which included rockets and shrapnel shells for the first time. 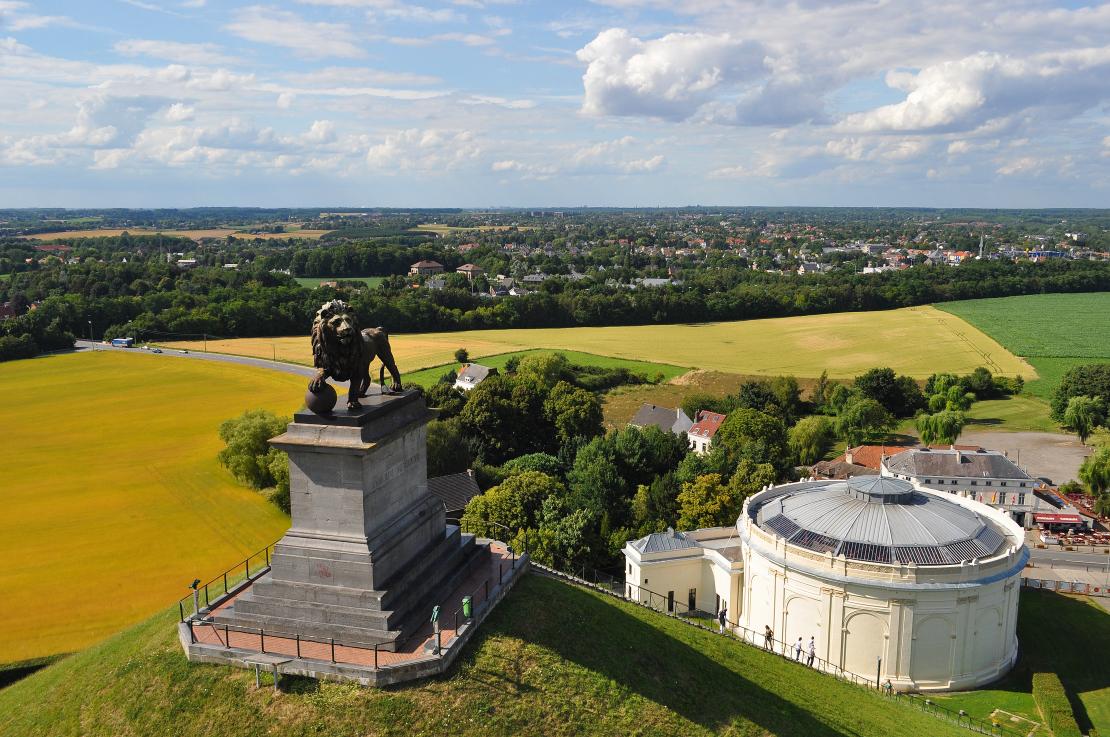